Embarking on Himalayan Treks is a once in a lifetime opportunity. The outstanding mountain range is home to the highest mountain in the world – Everest. However, just because it is the highest and most challenging, it doesn’t mean there aren’t routes for beginners too; because there are, a lot.

Just because Himalayan range is the highest and most challenging, it doesn’t mean there aren’t routes or Himalayan treks for beginners too; because there are, a lot.

Whether you’re a newbie mountaineer or an experienced adventurer, Himalaya has something for everyone – ruggedly tall peaks, lush valleys, cascades & waterfalls, shrines & monasteries, abundant fauna and flora, and a unique wildlife that will leave everyone speechless.

If you’re not fond of the summer season and you’d like to run away someplace chillier, Himalaya is the answer.

Here are some of the great Himalayan treks to include in your itinerary.

#1. The Everest Base Camp

Everest’s Base Camp is everyone’s favorite trekking route because first and foremost, it provides some great views and landscapes of the almighty Everest.

There are lots of campsites and teahouses where travelers can lodge in, and everywhere you look you’ll see nothing but sharp mountains and lush vegetation.

Average treks from the Base Camp last for nearly 11 days, and the best time to enjoy an adventure is from March to May or from September to December.

Apart from the surreal scenery, explorers to this region can get more acquainted with the Sherpa culture; visit the shrines, monasteries and the museums.

Arm yourself with a lot of patience, as trekking is simple yet meaningful pleasure. On your trek, stop to admire the colorful prayer wheels, indigenous animals and overall wildlife.

This trekking route is actually a 2- in- 1 experience. For the inexperienced, Poon Hill is an ideal route because it is the shortest in the Himalayas. However it still offers fascinating views of the mountains.

As for the Annapurna Base Camp, it is located in Annapurna Sanctuary from where you’ll admire the 10th tallest mountain peaks in the world – Annapurna.

The route is not meant for newbies, and in some part the trek might get a bit challenging.

As you approach the base camp, you’ll have the chance to admire some superb views of hanging glaciers.

The region’s best natural attraction is the face of Machapuchare, better known by the locals as “Fish Tail” or “Asia’s Matterhorn”.

The Manaslu Circuit is a 14-16 day trekking adventure that encompasses the 8 highest mountain peaks in the world.

In spite of being rather challenging for beginners, on your itinerary you’ll stumble upon a wealth of camping sites where you can lodge in.

Things have changed a lot over the years, and the trek is now increasing in popularity. Manaslu Circuit is actually Nepal’s most famous trekking route.

This trekking route begins at the base camp of the 5 th highest mountain in Makalu Barun National Park. It is a place of sheer natural beauty, famous on a worldwide level for its diverse fauna and flora.

For many, the trek is inaccessible and difficult to complete, especially since it lasts for 16 days. That’s also one of the main reasons very few people have heard of it.

The starting point of the Makalu trek starts in Tumlingtar, at 400 m and by the time you finish the route, you’ll be sitting at 5,500m below Makalu’s South East Ridge.

From above the base camp, the scenery is superb and travelers will be able to admire Everest, Lhotse, Baruntse, Makalu and Chamlang mountain peaks.

In spite of being a difficult trekking route, Goecha La is also one of the most romantic trails in Himalaya.

The adventure begins in Sikkim and on your itinerary you’ll meet with the vast Thansing and Dzongri meadows, Rhododendron forests, crystal-clear waters of Samiti Lake, and ultimately, the icy Goencha La trail.

The adventure last for 8 full days and you should be prepared for anything. Due to the close proximity to Bengal’s bay, some portions are extremely slippery.

May is the best time of the year to enjoy this trek because the rain will gradually help the forests and the flowers bloom faster.

The Gangotri Glacier trek is better known as a pilgrimage route where travelers will reach India’s most sacred rivers, Ganges. The trek can be completed in 6 days and it’s not that challenging.

It begins in Gangotri – a temple town in India – and is spans on 18 km all the way to Gomukh.

The landscapes and sceneries are spectacular from the plateau, and the views of Shivling Mountain are just breathtaking.

Are you ready to test your limits and trek the most spectacular mountain route you’ve ever seen in your life? Well then, you need to try the Frozen River trek.

The journey lasts for 6 days and the trek links Zanskar Valley to Chilling village, near Leh (Ladakh’s capital city). Ideally, you should plan an itinerary in late January or early February to make sure the river stays frozen until you reach the other side.

Average temperatures are -10 degrees Celsius, which is fine for both beginners and experienced trekkers.

Every once in awhile, it is recommended to get out of the ordinary and try the extreme. Rather than hit the seaside this summer, why not do the opposite and go to Himalaya?

There are so many things you can do and see here, not to mention that some of the best natural surroundings have never been touched by human foot before.

It’s certainly rewarding to explore treks and routes nobody else has ever explored. Get out of your comfort zone for once and run from the sun all the way to the world’s highest mountains!

The experience might seem challenging and nerve-racking, but in the end it will all be worth the effort. 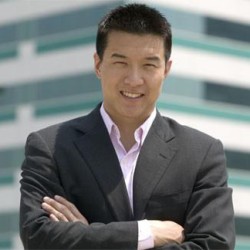 Davis Miller is a travelling freak who has travelled many destinations around the world. He also loves writing about his travelling experiences and the places he has explored. He writes for a site www.shaktihimalaya.com offering luxury Himalayan holidays and vacations.