Anyone travelling to Israel would be intrigued to visit the Dead Sea, one of the country’s most mysterious destinations. Also called the Sea of Death, this salt lake sits between Israel and Jordan, and has the lowest elevation on Earth at 1,412 feet below sea level.

If you included the Dead Sea in your Israel itinerary, it’s very important to know that this place isn’t like any other body of water you’ve visited before. In fact, it pays to learn about these five essential facts to get the most out of your experience:

At 33%, the Dead Sea has ten times more salt content than any other sea on the planet. And with such high salt content, it also has higher density, which explains why you can float while bathing in its waters.

2. It is shrinking rapidly.

One of the reasons for its rapid shrinking is the emergence of thousands of sinkholes due to the decline of the River Jordan.

So, visiting the Dead Sea now is really a great decision because you might miss seeing this natural wonder when it’s gone.

The Dead Sea is considered the world’s deepest hypersaline lake at 997 feet. Its water level, however, is changing constantly due to several factors including the amount of water entering from the River Jordan, it has very high salt content and evaporation.

With its unique composition, it is no surprise that the Dead Sea is rich in minerals that have been scientifically proven to have healing properties.

It has calcium chloride that is good for the bones, sodium that boosts the immune system and of course, magnesium that helps fight ageing.

A lot of travellers also flock the Dead Sea to cover their bodies with its natural supply of mud, which is said to make the skin smoother and more revitalized.

5. It is neighbour to other amazing destinations.

After taking a relaxing dip in the Dead Sea, you can visit other sites like the Ein Gedi natural reserve and the Masada, which is home to the most beautiful ruins in Israel.

Now, if floating in the Dead Sea leaves you wanting for more relaxation, you can indulge in any of the many spas nearby like the famous Le Meridien Hotel Spa. 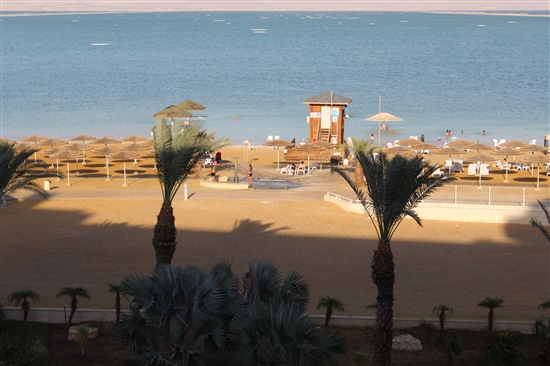 Now that you have everything you need to know about the Dead Sea, it also pays to keep these handy tips in mind:

So, are you ready to explore the Dead Sea?

Get in Touch With Us